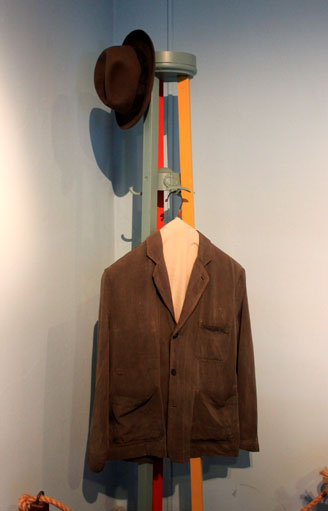 I’ve been writing essays for most of the new year. Intensively writing and researching,  glued to my mac until my eyes melt.

No, not really. I’ve also found time to like posts on Facebook, pin to Pinterest and look though my photos. Happy colourful photos from Buenos Aires against a grey London sky requires daydreaming. Above is my favourite photo. I want to make a coat stand just as beautiful and tranquil as this one. Caminito, located in La Boca is the work of local La Boca artist Benito Quinquela Martín. He painted the walls of an abandoned street, using left-over paint from the shipyards and erected a makeshift stage for performances. It quickly became a haven for artists. We visited La Boca on a really hot Saturday in November, walking the tourist trail in colourful Caminito, photographing art, looking at art and visiting the wonderful Museo de Bellas Artes Quinquela Martin.
Once a residence and studio of the artist Benito Quinquela Martín, this museum has a collection of early 20th century Argentine artists. Upstairs is his studio and living space which is just as colourful as Caminito. Thursday was his birthday, or the day which was given to him as no-one knows when he was born. Happy birthday Quinquela Martín and thanks for making one part of the world full of colours.